A Straight Drive Down Carrollton Ave. 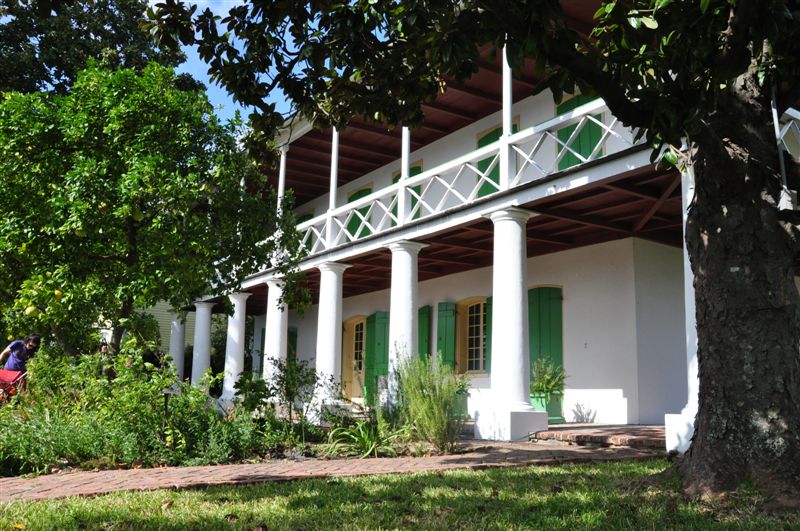 Every Fall, I feel the urge to search the web for u-pick farms and local produce. I’m not much of a gardener myself, shying away from dirty fingernails and mosquito attacks, but the prospect of pumpkin patches and fairytale gourds draws me out to the country—normally. This time, though, we traveled less than a mile before pulling up at an urban farm.

Hollygrove Market & Farm on New Orleans’ Olive Street boasts rows of community gardens and a produce market with fresh fruits, vegetables, milk and even meats. We picked up our first satsumas of the season and inquired as to “What’s in the Box?”. For $25, every week you can get a box of seasonal produce all grown from the region. This week’s box included mustard greens, rice, sweet potatoes, squash, okra, green onions, arugula, satsumas, microgreens, corn, turnip greens and cornmeal—all from Louisiana and Mississippi communities. The only thing not at the market was a pumpkin patch, but we still managed to nab a couple for sale.

Following Carrollton Ave. toward Lake Pontchartrain, our next stop was a walk along Bayou St. John to the Pitot House. Thanks to a friend’s Groupon purchase, we were card-carrying members of the Creole country house built in 1799. Once home to notable residents such as Edgar Degas’ great-grandmother, New Orleans’ first American mayor and Mother Cabrini (America’s first named saint), the Pitot House is now owned by the Louisiana Landmark Society and open for tours and special events.

Three-year-old Charles picked most of the flowers in the front yard before we strapped both kids in strollers and took a quick tour of the house and its period furnishings. The home takes you back in time to when living on Bayou St. John meant living in the countryside. Two rooms that particularly stood out were the dining room, with its warm brick floor and modest, but elegant, dining table, and the upstairs parlor with doors opened wide to a veranda overlooking the bayou.

By this point, the kids had become balls of energy, and we headed toward the lakefront and the ruins of Fort St. John where they could run—or crawl—until they passed out from exhaustion. The fort, built in the early 18th century, was the first erected in New Orleans, and it defended the city at the mouth of Bayou St. John. Today, all that is left are a few brick ramparts and some rock pillars, resting at the foot of a levee holding in the bayou.

Charles and I raced each other to the flood control structure dividing the bayou’s waters from those of Lake Pontchartrain. Younger brother August giggled with delight while he bounced on my hip with each step forward. We topped off the visit with a few pushes on the tree swing, and then made our way back home to renew our search for a pumpkin patch.