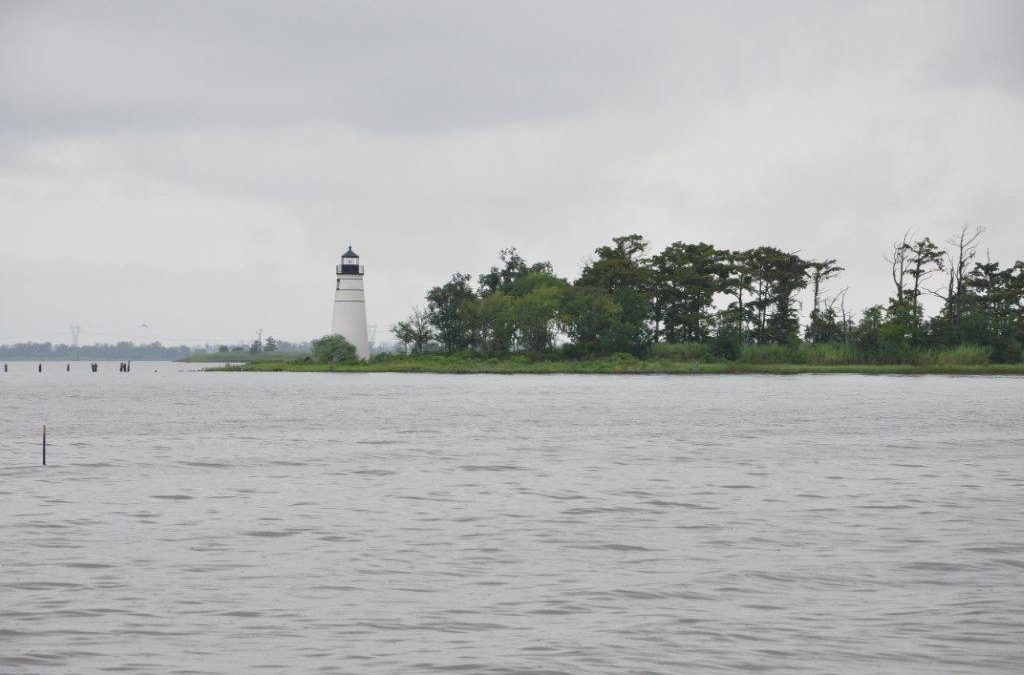 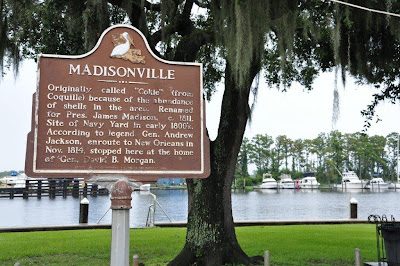 The tiny town of Madisonville perched its stilted houses and businesses along the banks of the Tchefuncte River, which flows south and widens as it enters Lake Pontchartrain. Countless days of rain had prompted us to visit this historic maritime community, whose past has been interwoven with water since the earliest days of settlement around 1800.

We escaped the day’s remaining drizzle inside the Lake Pontchartrain Basin Maritime Museum, where a 3 p.m. arrival gave us an hour before closing to tour the exhibits. The kids were a whirlwind, as usual, absorbing every creature, boat and picture at lightning speed. My four-year-old had found three alligators, a squirrel and a bobcat before the rest of us even made it past the visitor’s desk.

A dimly lit wooden walkway set the scene for a ride on an early steamboat, and upon entering the boat, we emerged into a theater showing the history of the Tchefuncte River. From model boats and lighthouses to a replica Civil War submarine and river pilot boat, every inch of the museum was chock full of interesting artifacts and details about the state’s long and unique reliance on water.

Also under the Maritime Museum’s management is the elegant, black and white Tchefuncte Lighthouse. Although accessible only by boat, a bumpy drive to the end of the road placed us in perfect viewing distance. Originally built in 1837, the lighthouse was nearly a casualty of the Civil War but was rebuilt shortly after and still flashes its light today.

From the bottommost tip of the road, we traveled north to the opposite end of town, snapping photos of the tranquil river and historic courthouse (now a museum) and branch library. The riverfront restaurants were hopping with the exiting church crowd, and we picked up some quick seafood-to-go at Morton’s.

Next up was Fairview-Riverside State Park, where we ate in a covered picnic pavilion while gazing at the lovely 19th century Otis House (open for tours Wednesday through Sunday). We walked the perimeter of the house toward the ponds and river behind it. The rain-soaked ground squelched beneath out feet as tiny frogs jumped ahead of our every step. Needless to say, the bug catcher was put to good use, and we had a fantastic time chasing the amphibians until a snake slithered across my path.

That was our cue to move on, and we drove past the campsites to the boardwalk swamp and river trails. Our arrival was greeted by those strangely large “Devil’s Horses” (palm-sized, black grasshoppers) sitting motionless in the grass, on the trees and along the boardwalk. A game ensued of my two-year-old spotting the critters, pointing one tiny finger at them and yelling his brother’s name until his older sibling made his rounds and fearlessly plopped them in the bug catcher.

As we left with our car full of critters, we stopped for a final glimpse of the setting sun casting a reddish glow on the cypress trees lining the water.