Fall at the Swamp 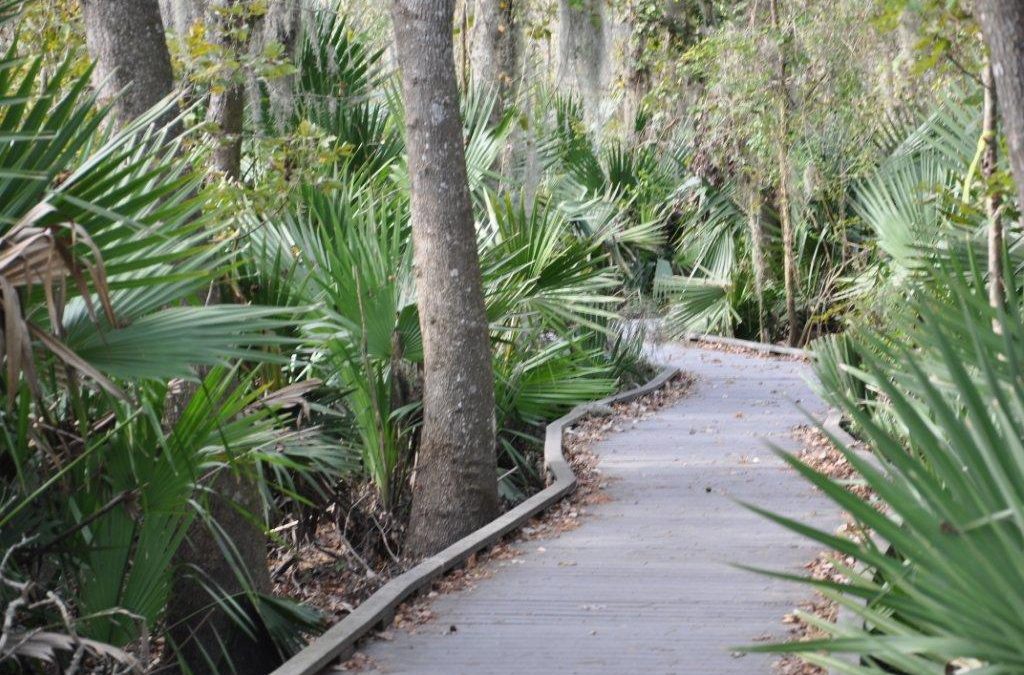 With one sleeping babe and one rearing to go, we headed first for the Palmetto Trail, where quiet, long stretches of boardwalk suited everyone’s needs. The dark waters were peeking through lush, wild vegetation, pooling in small ponds under the shade of giant leaves. August napped to the rhythmic beat of the stroller wheels on wooden boards, while Charles filled his bug catcher with dried leaves and sticks, preparing a habitat for whatever unsuspecting bug he was sure to find.

For the most part, the trail was ours alone to embrace, the silence only broken a handful of times by mostly visitors with foreign accents. Aside from a few “pokey caterpillars” and elusive, croaking frogs, this initial hike was serene and uneventful–a grade A for us adults, but making our 4-year-old a little antsy at the unthinkable prospect of going home with an empty bug catcher.

As we emerged from the giant palmettos and crossed the next parking lot, we once again entered the mysterious world of Louisiana’s swamps. Bayou Coquille was unusually clear of overgrowth and looked perfect for canoeing, and as the afternoon went on, the sky above the cypress trees became a fantastic blue.

We stopped several times to examine the spiders busily spinning their webs and looked forward to seeing the alligator we heard was lurking up ahead. As we stepped aside to allow some faster tourists to pass, Charles squealed with delight at spotting a giant, black lubber grasshopper waiting for him in the path. He impressed the passersby by fearlessly plucking the grasshopper from the ground and gently placing him in the prepared habitat.

It was enough to make this “the greatest day ever,” one that only got better when we finally spotted the 10-foot alligator lurking in the Lower Kenta Canal. He was well-hidden in this hyacinth-clogged canal, which looked so little like water that the kids thought they could walk right out on it.

Our leisurely stroll ended at the expansive marsh overlook. After a few relaxing moments of taking in the views, we strapped the kids in their strollers and starting sprinting back towards the Visitor’s Center. We had half an hour to cover the two miles back before the parking lot gates were closed at 5 p.m. Thankfully, the ranger was still waiting for us when we came huffing and puffing back to our car.