Hidden Away in Houma 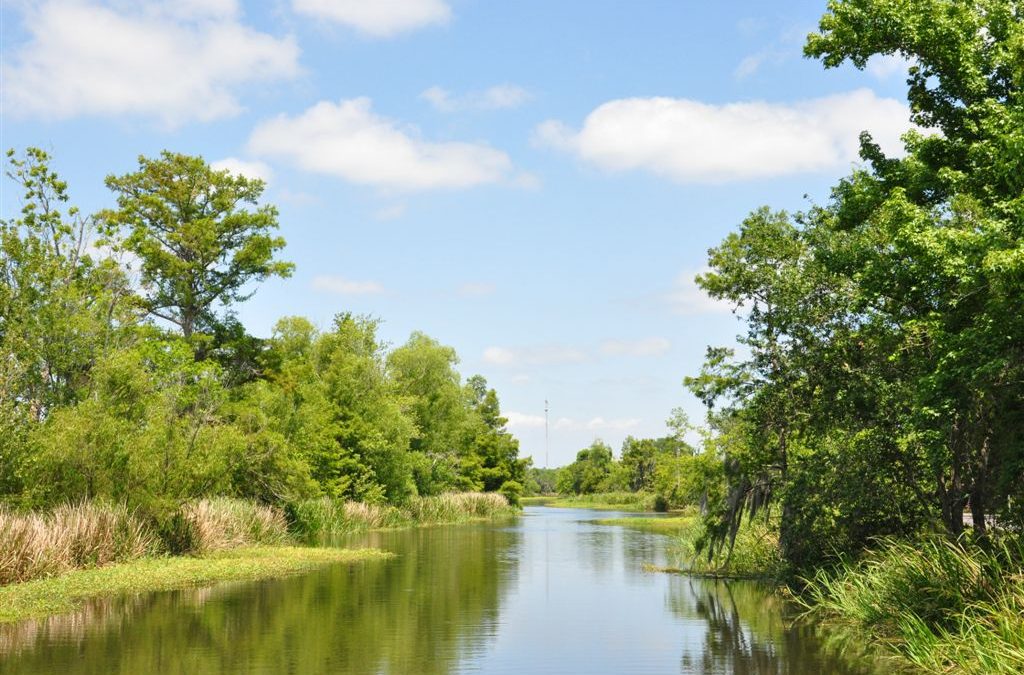 Amidst all the flooding concerns of late, towns in the path of the Morganza Spillway have garnered a lot of attention–including ours. Like all those people seen perched on the edge of the Bonnet Carre, we wanted to be part of the action, but certainly not too close. Houma seemed like a reasonable compromise, with homes sandbagged and lined with Tiger Dam, but actually no water in sight.

On the relatively quick drive down, I pulled out our guidebooks and started mapping out the day. Houma’s most famous landmark appeared to be Southdown Plantation, a pink and green, 19th century manor house that stands as a monument to the once booming sugar industry in Terrebonne Parish. Today the mansion is home to the Terrebonne Museum of history, culture and arts, as well as musician Tab Benoit’s Voice of the Wetlands festival every October. We’ve learned not to even attempt taking the kids on a house tour, but we did stretch our legs by walking the expansive yard, still searching for a cicada for Charles’ bug catcher.

Lunch at The French Loaf offered possibly the best poboys we’ve ever tasted–lightly fried seafood and fluffy, crisp bread. It was by chance that we stopped here, driving along Park Ave. searching for food. I even had second thoughts about going inside the non-descript, wooden shack, but I’m certainly glad we did.

Rejuvenated and ready to pick up our tour again, we drove Little Bayou Black Road, looking for more plantations and enjoying the rural scenery. Taking a detour onto Bull Run Road, we saw several people boarding a boat at Munson’s Swamp Tours and passed the entrance to Bois d’Arc Gardens, an iris garden open in March and April to visitors.

Looping around onto Bayou Black Road, we were headed to the Wildlife Gardens for a walking tour through a cypress swamp. We were expecting a more prominent entrance than the rustic signs pointing the way and a closed-up shop. Despite being a bed and breakfast, the gardens were empty of any humans, but several colorful peacocks beckoned us inside. A trail overtaken by large spiders led us past several cabins and around a small pond.

After running into dead ends over several bridges, we were about to turn back when we spotted an enormous alligator inside a short, wire cage. Intimidated by the lack of protection separating us, we kept our distance while following the path around what turned out to be an alligator farm. Several more gators, each larger than the last, lay eerily still within the fencing, although we could feel them following us with their eyes. A trapper’s cabin stood at the far end of the trail, and a separate cage held more than a dozen frisky, hissing juvenile gators.

The hair on my neck rose as I finally realized we were carrying two small children, surrounded by these fierce creatures on a dark, wooded property that we were possibly trespassing on. Paul snapped one last picture, and we nearly ran out of the area, breathing a sigh of relief as we reached our car and the peacock perched in the tree above us.

The rest of Bayou Black Road was tranquil and relaxing, and we made one last stop for a short hike at Mandalay National Wildlife Refuge before heading back into town. The day had become a scorcher and the kids were overdue for a nap, but I wanted to see the nicely landscaped park in front of the parish courthouse and the elegant path along Bayou Terrebonne. To complete the day, we picked up a basket of peaches from one of the fruit stands lining the road, dreaming of the peach and blueberry cobbler they soon would become.