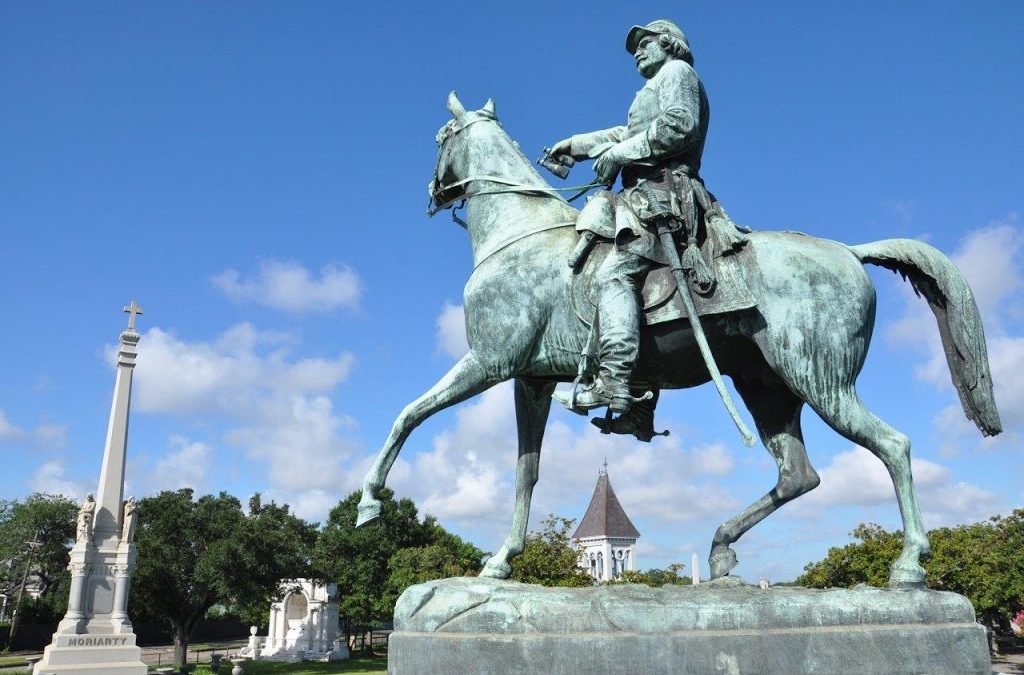 In a city known for its cemeteries, each one is more unique and beautiful than the last. One of our favorites, though, is Metairie Cemetery, built on the grounds of a former horse racing track. Opened in 1838, it was the premiere race track of the South, competing with New York. During the Civil War, the race track went bankrupt and never reopened. The site later became an army training camp before being transformed into a cemetery in 1872. Lagoons spanned by stone bridges once meandered along the property’s borders, but when the old Basin Canal was filled to build the Pontchartrain Expressway, many of the lagoons suffered a similar fate.

When the weather is nice and the park is packed, we drive to the cemetery, park our car and begin walking the circular track past the countless tombs. While the kids focus on the ants and ladybugs, we read the names of those buried here, looking for familiar ones and admiring the ornate statues and architecture.

In addition to highlighting the most historic crypts along its Louisiana Heritage Trail, Metairie Cemetery is the final resting place of many prominent New Orleanians. Below are some highlights: