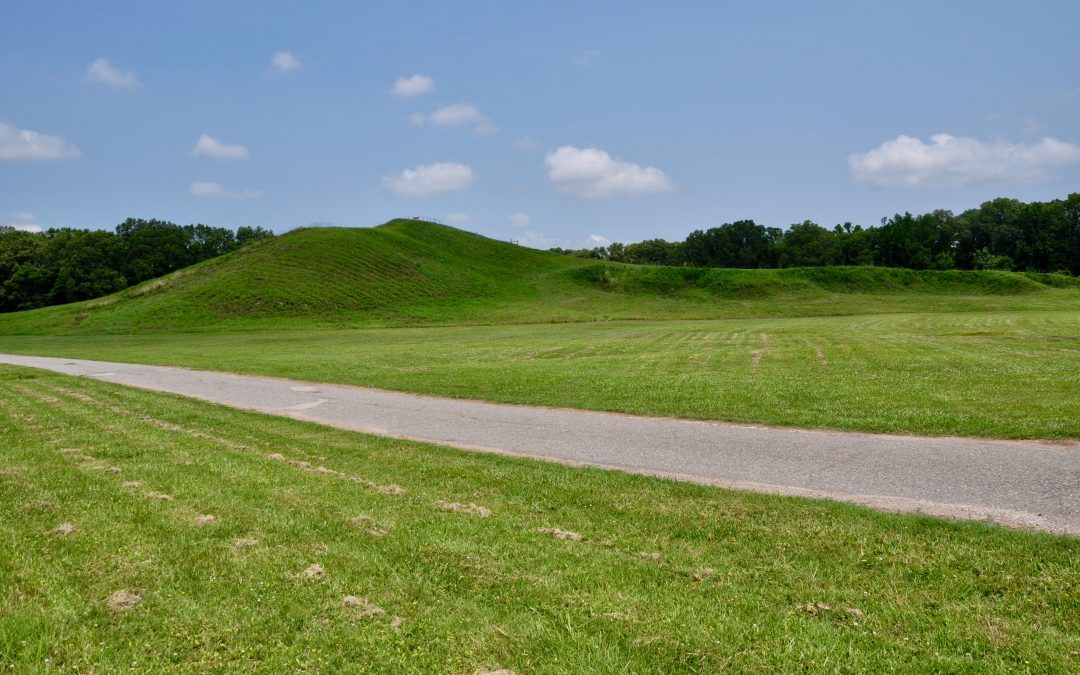 Since our days at LSU, we have always been fascinated by mounds. It may have been climbing the mounds on LSU’s campus that got us started, and we haven’t stopped! Poverty Point is the king of mounds, so important that this State Historic Site is also a National Monument and a UNESCO World Heritage Site. Located in the northeast corner of the state, the site is unique for the size and shape of its earthworks, but it’s not alone. Many mounds dot the landscape throughout this area. You can follow their trail on the Indian Mounds of Northeast Louisiana driving tour. 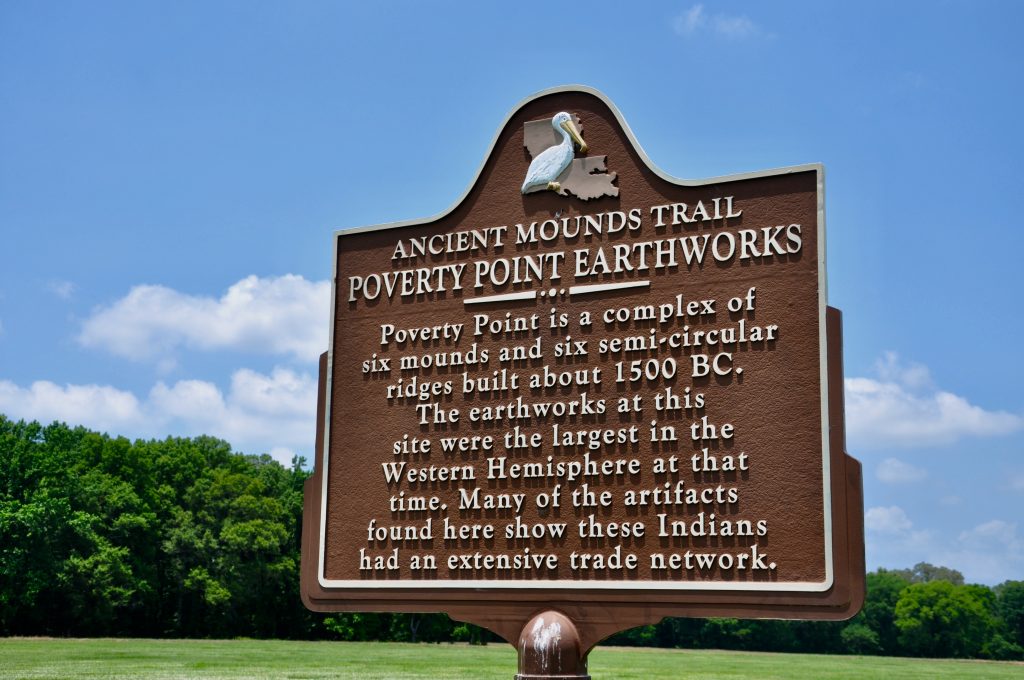 We began our tour at the visitor center, where we picked up Junior Ranger booklets for the kids. It’s a great way to encourage them to look around. While answering questions, they learned about the importance of the people who lived here and built these earthworks. The Poverty Point site is dated between 1700 and 1100 B.C. The inhabitants were pre-agricultural, relying on fishing, hunting and gathering for food. They had a complex trading system, using soapstone from Georgia and Alabama to make bowls and stone from the Ouachita and Ozark mountains for tools. 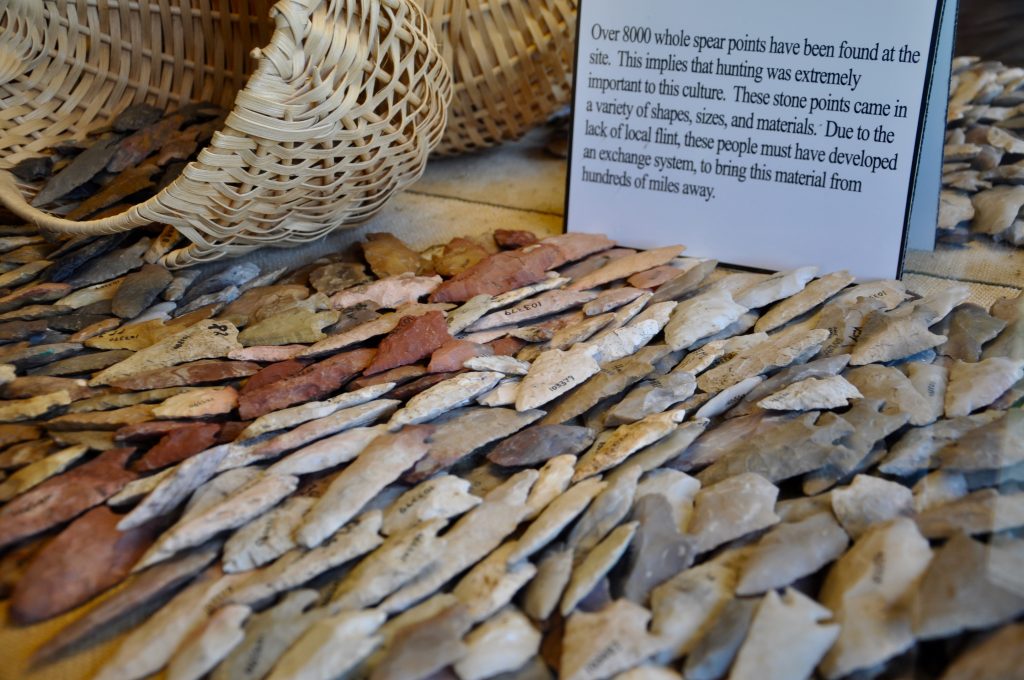 An impressive display of spear points is just a small amount of the more than 8,000 found at Poverty Point. But the most commonly found items are small clay balls. Known as Poverty Point Objects (PPOs), they were heated and then used for cooking food. 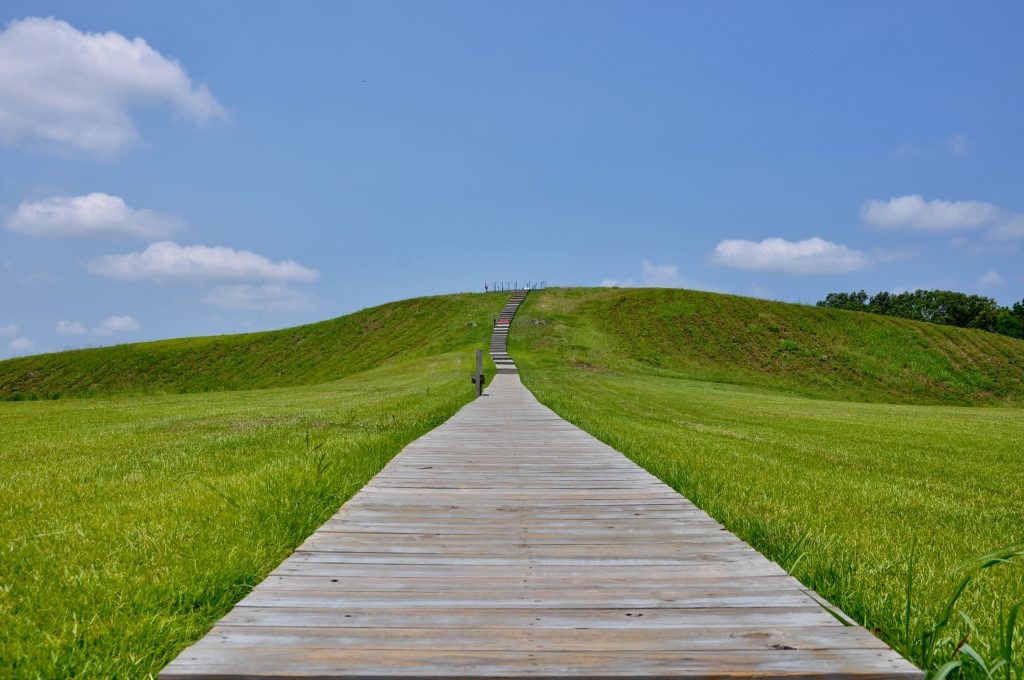 Back outside, we consulted our map and drove across Highway 577 to begin our tour. The loop trail passes right through the main earthworks–six rows of half-circles, which measure 3/4 of a mile in diameter and are each 4 to 6 feet tall. Archaeologists have found postmolds on top of these ridges, stains in the soil that are evidence of the remains of houses. Beyond the earthworks is one of the largest mounds in North America–Mound A. Sometimes called the bird mound, it’s 72 feet tall and 710 feet long and 660 feet wide. It may have taken 15.5 million basket loads of earth to build. It was quite a hike on a hot day just to go up and down those steps. I can’t imagine carrying dirt back and forth to build it! 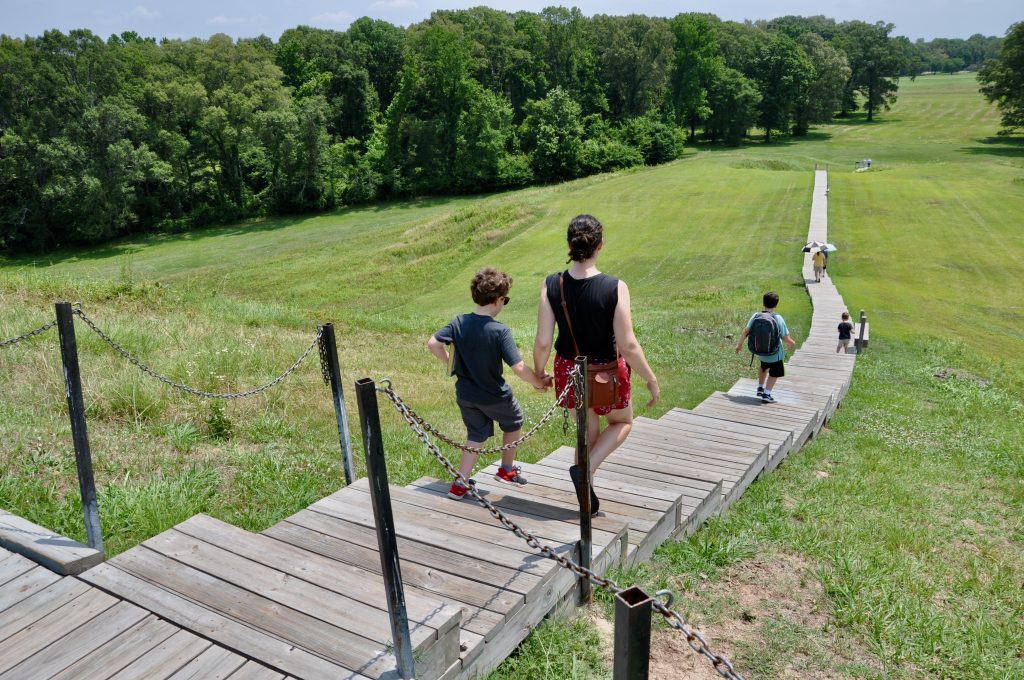 What makes Poverty Point so unique is the site’s enormous size as a major cultural center. This was the late Archaic period, when most everyone was living in small groups. But here, at Poverty Point, it’s estimated that hundreds of people lived together. In addition to Mound A and the earthworks, there are four smaller mounds on the property as well. The short driving tour brings you past them and back to the Visitor’s Center. 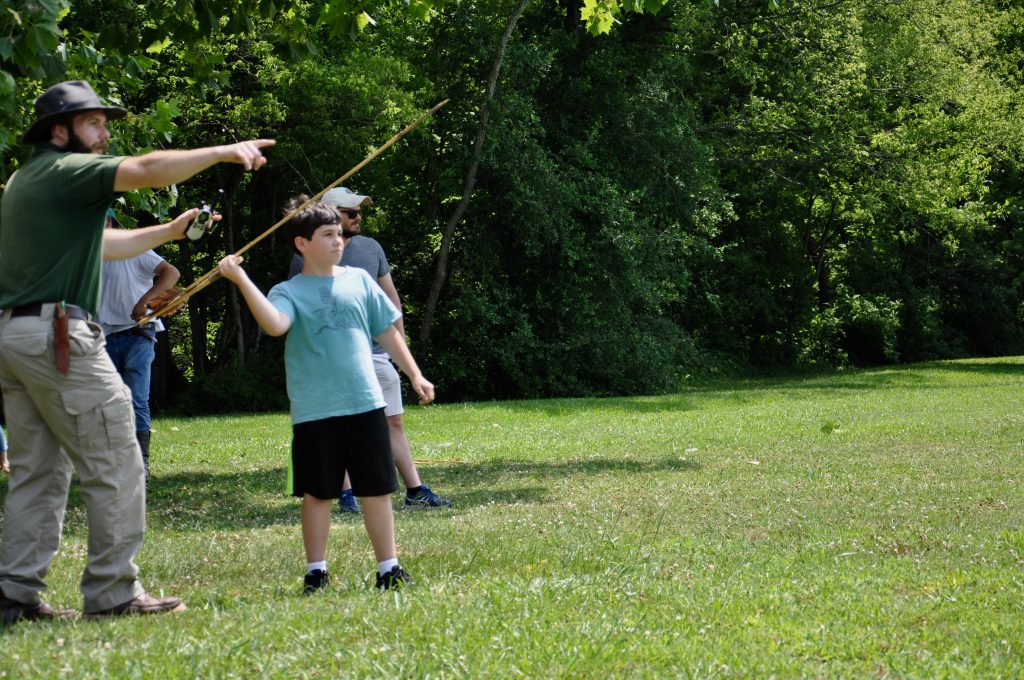 We were lucky to catch an atlatl demonstration when we returned. It’s basically a stick with a hook on the end to attach a spear. Once you get the hang of it, it launches a spear much farther than you can throw one. The boys took turns practicing and our oldest actually won the contest for his age group, bringing home his very own spear point. Marking off the last of their Junior Ranger books, the two older boys were sworn in as Junior Rangers, adding another badge to their growing collection. 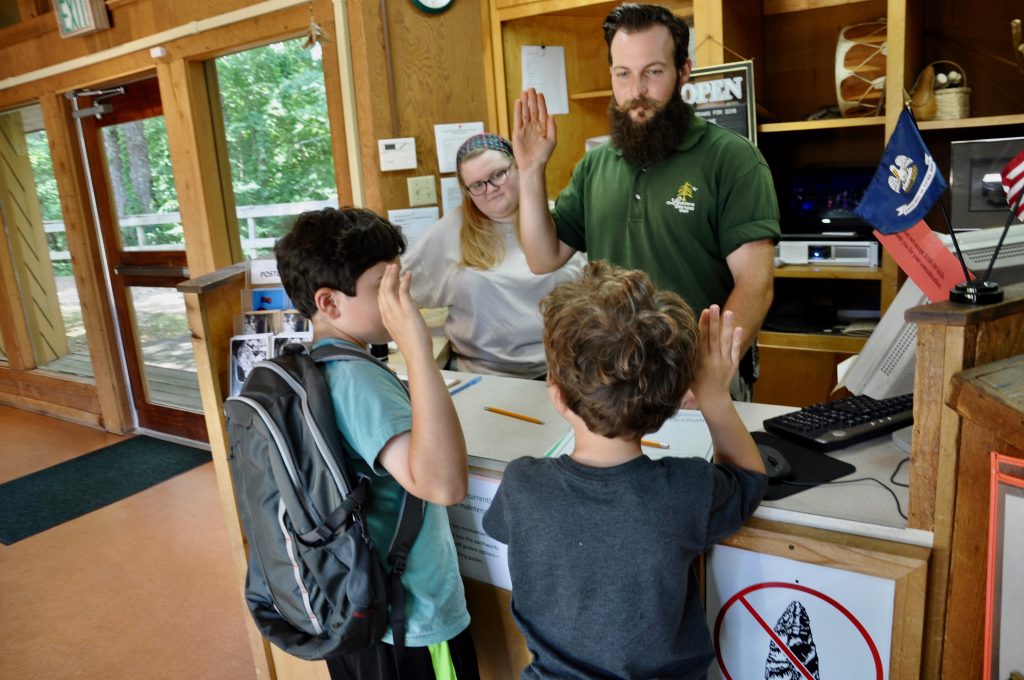