Summer in the French Quarter 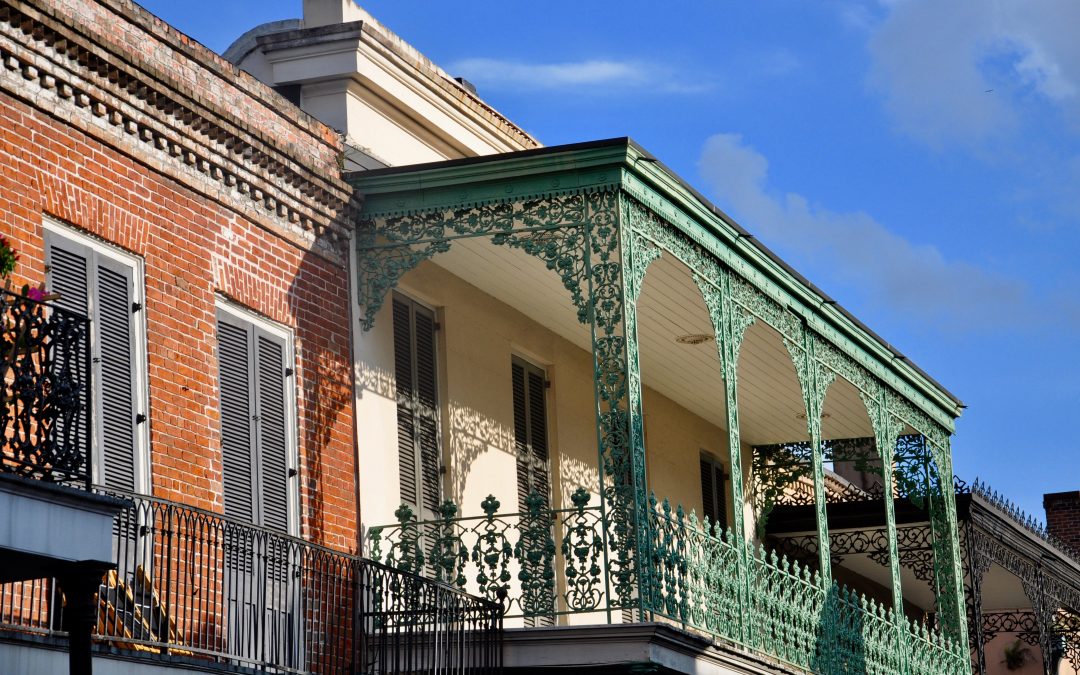 Back from a two week vacation along the coast of California, it was rough stepping off the plane in a fleece jacket into a wall of hot, sticky air. Everything instantly slowed to a crawl — breathing got harder, walking became an enormous task and carrying luggage farther than the luggage cart was out of the question. But inside the refrigerated car, I felt my senses slowly return. I found myself admiring the lush, green surroundings and, by the time the live oak alley along Carrollton greeted our return, I was happy to be back home.

Summers in the South are best spent in wide, open spaces (where your chances of a breeze increase slightly), in a pool (where the water is nearly as hot as the air) or inside a wonderfully air-conditioned home. I usually wouldn’t count the Quarter as a top summer destination, but our family braved the heat in our excitement to see the partially reopened Louis Armstrong Park.

Technically on the outskirts of the Quarter in the Tremé, Louis Armstrong Park lies on the backside of Rampart Street. The park’s winding lake snakes beneath graceful bridges, leading us along tree-lined paths past buildings, statues and an open space marking the site of Congo Square, where slaves were once allowed to meet, sing and dance.

Home to the Mahalia Jackson Theatre, the New Orleans Jazz National Historical Park’s Perseverance Hall (reopened June 18th) and the still shuttered, Katrina-damaged New Orleans Municipal Auditorium, the park and its buildings have had a somewhat unstable history since the 2005 hurricane. Today, however, it was putting on a show for us, delighting Charles and August with its colorful dragonflies and offering Paul and me a nearly secluded, peaceful walk through crepe myrtles, cypress trees and antique roses.

Unfortunately, no amount of shade could protect us completely from the sun’s intense heat, and we soon set off for Croissant D’or Patisserie on Ursulines Avenue. Minutes later we were sipping iced coffees and eating French pastries on the outdoor patio, while three-year-old Charles was chasing birds and playing in the fountain.

Rejuvenated, we stepped back on the street and paused to smile at baby August staring in wide-eyed wonder at a horse and its carriage steps in front of us. A short walk farther, and we decided to make one last stop inside the walled gardens of Old Ursuline Convent, touted as the oldest building in the Mississippi Valley.

Since 1752, the building has served many functions — from convent to school to showcase for the Archdiocese’s archives. After a brief tour of the beautiful church and historical rooms, we allowed Charles a few more minutes of running through the formal gardens before conceding that our drenched clothes were a sign to turn in the day and relax in the coolness of our house. There was much more to see in the Quarter, but it would have to wait until another blog.