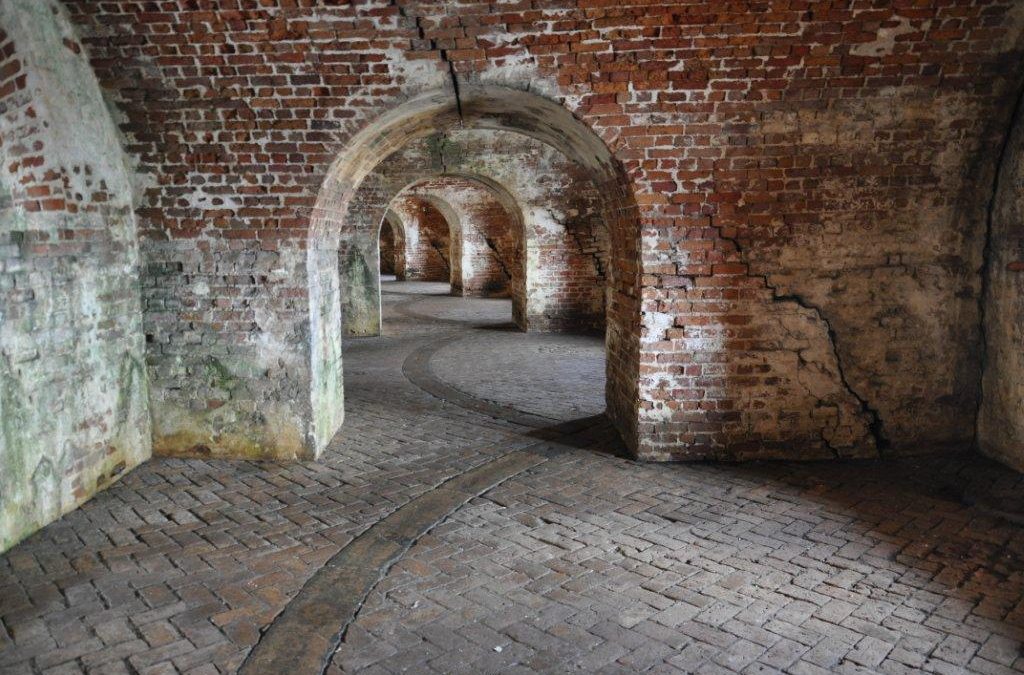 Beyond a line of Vietnamese stores and restaurants, Chef Menteur Highway journeys to the far edges of New Orleans, deep into the nation’s largest urban National Wildlife Refuge. Just a short distance from our house, Bayou Sauvage NWR is a flashback to what much of this area used to look like – or perhaps more of what the natural landscape has become.

As we took our time unfolding strollers and loading in kids and snacks, a rush of cars filed into the previously empty parking lot. Almost on cue, doors flew open and members of the Slidell Hiking Club emerged. While they milled around the display of posters describing the refuge, we scooted down the boardwalk out of sight.

There was no water standing under the wooden walkway, and 3-year-old Charles seemed thoroughly confused as to why we couldn’t walk on the ground. We distracted him from his interrogation with a challenge to race. The end of the 2/3 mile trail came sooner than expected, and we unbuckled August and let him stretch his legs while we took in the expansive landscape in front of us.

The entire route had been enveloped with short vegetation and an occasional live oak. Here, at the end, though, short cypress knees and stubby tree trunks were all that remained from the saltwater damaged and logged forest. The landscape was strangely barren at first glance, but when we looked deeper, there were signs of life everywhere. Far in the distance, an island of live oak trees towered over the flat land, marking the spot where Tchefuncte Indians once built ancient shell middens.

As the Slidell hikers approached, we finished off the loop and continued out Chef Menteur toward Fort Pike State Historic Site, pausing first to snap a few pictures of the abandoned 19th century Fort Macomb along the shores of Chef Menteur Pass. Overgrown and crumbling into the waters surrounding it, Fort Macomb appeared to be the forgotten stepchild of the two forts designed to protect Lake Pontchartrain. On the other hand, Fort Pike, which once guarded The Rigolets (French for “Little Ditch”) pass to the lake, was staffed and open for viewing – and for shooting movies apparently. When we arrived this past weekend, the fort was still recovering from serving as the background for “G.I. Joe 2.”

While August and I paid the modest $4 entry fee, Paul and Charles began investigating the feathers and other bird parts littering the ground around a large oak tree. One quick glance up, and they were astonished to see a two-foot-tall great horned owl glaring down at them. He’s a permanent fixture in the tree, and as we learned from the park guide, his mate spends her days under the nearby bridge. They meet up at night to hunt and eat.

Across the moat, we entered the cool, brick arches of Fort Pike. Completed in 1828, the fort served in various capacities in the Seminole Wars, the Mexican War and the Civil War. Although aged from time and the elements, the fort was largely intact, complete with the interior citadel stronghold. Rooms are marked to denote their original purpose, such as a bakery, general store and officers’ quarters, and strategically placed cannons look out over the waters beyond. I pushed the stroller up the rooftop ramp, and we carefully made our way around the top of the fortress, watching the pelicans gracefully fly past. I easily imagined myself transported back in time to live here on this serene site, and then I shuddered to realize the soldiers and their bustling activity that would have been happening all around me.