End of the Road: Jefferson Parish’s Town of Jean Lafitte 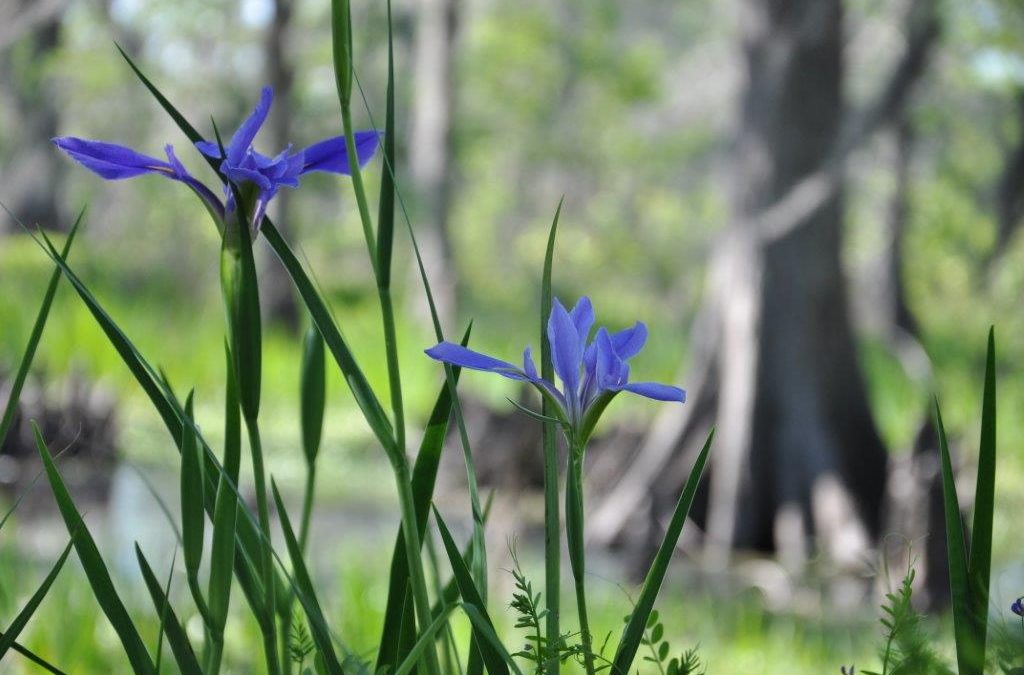 We’ve been on a kick lately traveling to the end of all the roads in Louisiana–first in Plaquemines, then St. Bernard and now Jefferson via the Town of Jean Lafitte. It’s altogether quite a different drive than the other two, most notably because we didn’t seem to pass any refineries along the way–or at least any we could see.

The adventure began when we exited the Westbank Expressway in Marrero and turned on to Barataria Boulevard. Almost immediately, we were met with some of the most striking architecture in Jefferson Parish. Built in the 1920s and 30s, Hope Haven’s Spanish Colonial Revival-style buildings stand out amid this otherwise typical suburban area. From my Internet searches, it appears the impressive buildings house a school and a case management and family support center run by Catholic Charities, but they are grand enough to rival the Spanish missions found in Texas and California.

Continuing south, we made a left on Leo Kerner Parkway and entered a long stretch of uninhabited highway. Both this route and Barataria Blvd. lead to Jean Lafitte National Historical Park and Preserve, one of our favorite spots to explore the swamps and a place I’ve written a lot about in the past. This weekend, however, we had a new destination, passing by the park’s entrance and ascending the high bridge over the Intracoastal Waterway. As the road descends, a pirate ship rocking on the high seas announces you’ve entered the historic town of Jean Lafitte.

We followed scenic Jean Lafitte Boulevard along Bayou Barataria, noting that the majority of the elevated houses here seem to be permanent homes to the town’s residents rather than secondary fishing camps. Our first stop was the new Lafitte’s Barataria Museum and Wetland Trace, which celebrated its grand opening on Saturday. A large tent out front indicated the celebration, and the kids were shouting “balloons!” before we left the car. While they ransacked the kids’ table, gathering up stickers, coloring books, pirate bandanas and tattoos, Paul and I eyed the free tastings of alligator-stuffed mushrooms and crab cakes. In hopes of relaxing and enjoying the live Cajun music, we set up our folding chairs in front of Bruce Daigrepont and his band, yet the kids had sat long enough in the car and were not remotely interested in relaxation.

So we herded them into the museum, where a half hour movie introduced us to the town’s history and that of its residents. Beautiful aerial shots showed the village surrounded by its lifeblood of water, swamp and marsh, and one resident drove the message home by saying he never knew there was solid land until he was taken to the French Quarter when he was 14. The town itself takes its name from the notorious pirate Jean Lafitte, who used the mysterious swamps to hide his smuggling operations. Today’s residents aren’t quite as scandalous, yet those we met were perhaps just as entertaining and lively.

The museum, although small, is packed with intriguing items from the area, from an entire display of the animals found here to a gun used by one of Lafitte’s pirates during the Battle of New Orleans. Although 2-year-old August buried his face when confronted with the talking alligator, the other children present got a kick out the reptile. Unfortunately, two among us didn’t have the patience for the oral history presentations, so we skipped that section to instead head out back to the Wetland Trace.

Nearly a mile long, this boardwalk trail through the swamp caught our 5-year-old’s attention like nothing else that day. We spent an hour and half stalking snakes and lizards, pointing out alligators to others passing by and trying to determine what and where all that clicking noise was (our best guesses were baby birds in the rookery or click beetles taunting us from the trees). Although the lines were too long for us to join the swamp tour leaving the docks off the back of the boardwalk, the entire mission was still a success as we saw five snakes of varying sizes and colors, countless water turtles and one very close alligator. Plus, now we have something more to go back for next time.

Back in the car, Charles begged to continue down the road as he wasn’t ready to go home yet, so we kept driving to see what else we could find. On our way to the museum, we had passed an old plantation, still standing but fighting a losing battle with the elements and weeds threatening to suck it back into the earth. Now, on our left, an old boat was lifted on barrels, preparing for an overhaul from its owner.

At the museum, we had learned that Lafitte is home to 11 cemeteries. Fleming Cemetery, notable for its white-washed tombs on top of an Indian mound, is privately owned and inaccessible to the public, yet can be seen from the water and is a highlight of area boat tours. Another, Lafitte Cemetery, is said to be the burial grounds of Pirate Jean Lafitte himself. This was our last photo op before the main road branched off into smaller outlets and essentially ended at a busy boat ramp bustling with fishermen.